With Bull fertility testing for this year‘s breeding season well under way, I‘ve been reviewing the bull fertility tests for 2016. I tested 40 bulls, mostly for pre-breeding but some pre-sale or for insurance purposes. These included both pedigree and commercial herds and a wide range of breeds including Red Poll, Lincoln Red, Belgian Blue and British Blue, Charolais, Limousin, Hereford and Angus.

With up to 20% of bulls being sub-fertile, it makes sense to check every bull at the start of the breeding season. The fertility test includes a physical examination and semen collection and analysis and is easily performed where a race and crush are available. A mobile lab can be set up close to the handling system. It needs to be sheltered and have an electricity supply and a flat surface for the microscope but we improvise!

I found a number of sub fertile and infertile bulls during this year‘s testing season. Reasons for test failures included, in one case, sexual immaturity, and at the other extreme, old age! Some bulls failed due to having too small a scrotal circumference. Size really does matter and there is a direct relationship between the circumference of the scrotum and the fertility of the bull. Adult bulls should have a scrotal circumference of at least 32cm.

I also picked up evidence of previous inflammation of the reproductive tract in a couple of bulls as well as one spectacular case where the inflammation was dramatic and the semen sample consisted almost entirely of pus!

Most cases of infertility or sub-fertility, however, are much less dramatic and cannot be detected except on examination of the semen under the microscope. Prebreeding bull fertility testing helps to ensure a tight calving pattern leading to higher weaning weights and better profit margins. 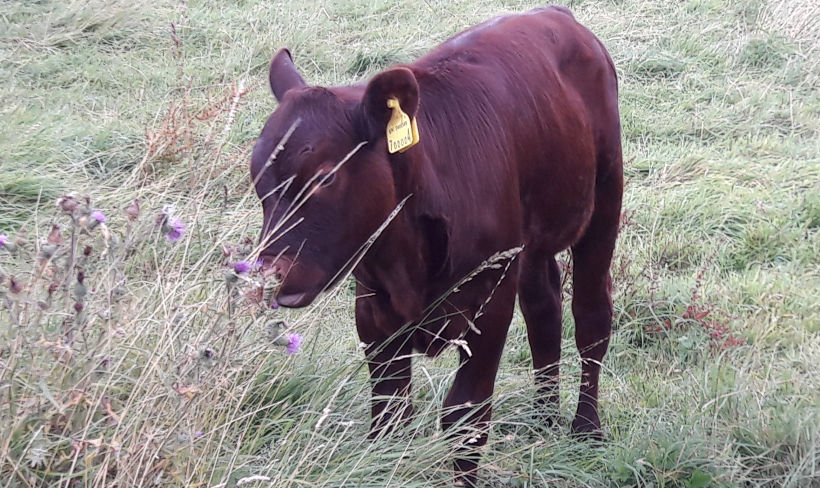