From the EB Classic Encyclopedia of 1911

The Red Poll breed, though old, has only come into prominence within recent years. They were known as the East Anglian Polls, and later as the Norfolk and Suffolk Polled cattle, being confined chiefly to these two counties. They are symmetrically built, of medium size, and of uniformly red colour. They have a tuft of hair on the poll. As dairy cattle, they are noted for the length of the period during which they continue in milk. Not less are they valued as beef-producers, and, as they are hardy and docile, they fatten readily and mature fairly early. Hence, like the Lincolnshire Red Shorthorn, they may claim to be a dual-purpose breed. As beef cattle they are always seen to advantage at the Norwich Christmas cattle show, held annually in November. 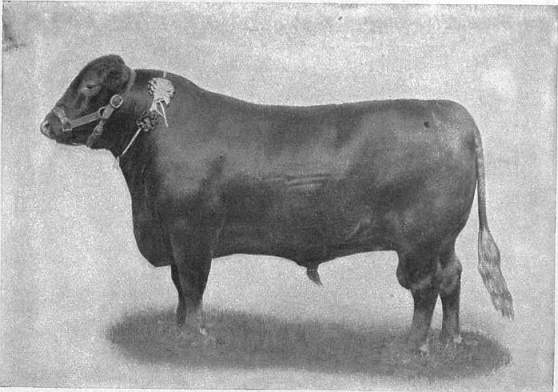