The Red Poll is derived from the original cattle of Norfolk and Suffolk.

The Norfolk cow, which was a beef type, frequently blood red in colour (and described in 1787 as ... "fattening as freely and finishing as highly at three years old as cattle in general do at four or five") was crossed with the Suffolk polled bull, from an excellent dairy breed of predominantly dun coloured cattle (there is a reference in 1732 to the quality of butter found in Suffolk).

The polled gene in the Suffolk suppressed the Norfolk horn and in 1863 the name Norfolk and Suffolk Red Polled cattle was adopted and the first standard description was agreed in 1873.

The first herd book followed in 1874 (compiled by Mr Henry Euren) and in 1883 the breed became known as "The Red Polled".

The Red Poll Cattle Society was formed in 1888.  The colour of the breed was by then established as red, preferably deep red, with white touches only on the tail switch and udder.

With its long traditions of both dairy and beef qualities, the Red Poll is therefore one of the original native dual-purpose breeds. In the first half of the last century it was one of the dominant breeds in English dairy farming, and despite some subsequent vicissitudes it has maintained the dual-purpose characteristics which now give the Red Poll such a valuable niche role in quality beef production. 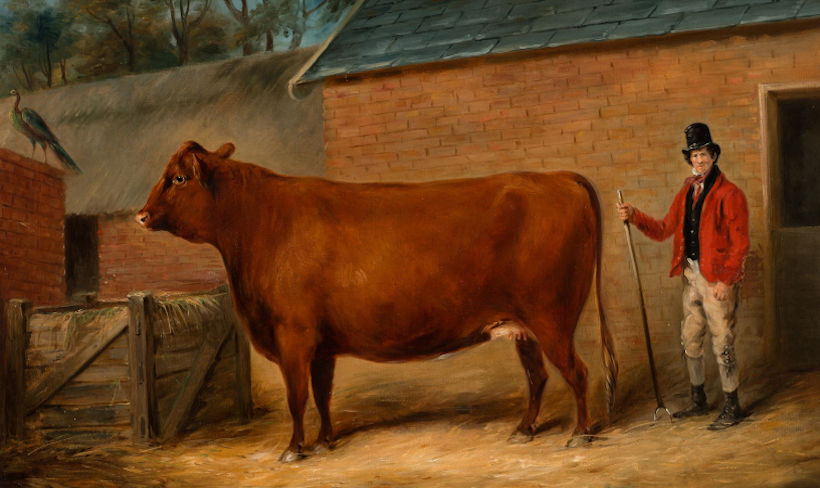