The Case for Older Bulls!

Extract from a Red Poll Journal of 1928

The extract below is from a Red Poll Journal of 1928 and shows that after nearly 100 years we are still discussing many of the same subjects and the arguments for and against are probably the same as well! Obviously veterinary practises have advanced considerably and AI was not in use but I thought this was of interest as the principles are still relevant.

Sir, It will not be out of place, I hope, for me to draw attention of Red Poll breeders and all interested for the welfare of the breed, to the great desirability of retaining in their herds for future service good proved senior bulls. It frequently happens that bulls are disposed of before a reasonable number of their offspring have grown to maturity, thereby preventing the breeder estimating the sire’s real value. It takes two or three years after his stock begins to arrive before an opinion can be formed of his merits. It is interesting to note this last year or two that a few discerning Red Poll breeders have had the courage of their convictions, and purchased at substantial figures outstanding proved senior bulls to head their herds. This is all for the good of the breed, and the purchasers will, I feel sure, be the gainers of their action.

Harefield Clinker 1100 is the most senior bull of the breed alive today for he is now in his 13th year. There are few of his equal, and none of his peer. The accompanying picture of him was from a photograph taken on the 13th November, at which time he was running and sleeping out. It shows him in ordinary working condition. Harefield Clinker is perfectly quiet and excellent at service, and is as active as most bulls a quarter of his age. A glance at this picture of him should satisfy the keenest observer that Harefield Clinker is a true and typical dual-purpose Red Poll bull. All his stock without exception are of excellent quality, and can be recognised as his offspring.

One leading owner who has been associated with the breed for thirty years or more was invited to express his opinion, and it is in the direction of a greater appreciation of the value of older bulls.

‘We are too prone to knocking out the old sires and putting in their place young and untried bulls. A bull is now said to be too old at three years. Such animals I contend have only just been tried, and it is a question whether their late owners know anything approaching their full capabilities as stock-getters.’

As is also pointed out, ‘ the fashion of the present day to discard anything in the bovine world approaching four years of age in the male line, such stock are being lost to the breed. It is admitted that a cow is at her best at eight years, when she will give about her biggest yield of milk. Why should not the opposite sex be equally at his best at this age?’

There is still a case for this in the modern day as bulls are often finished with when their heifers are entering the herd and the bull has to move on. But this can often mean that the youngstock have not gone on to produce their own stock and the true results of the bulls breeding cannot be tested either for producing good stock or for failing to live up to expectations. Judging a bull without seeing his progeny can be a calculated guess! Although the majority of stock are killed for meat, getting the right heifers for the future of the breed should be a priority in a breed that is known for its maternal qualities. 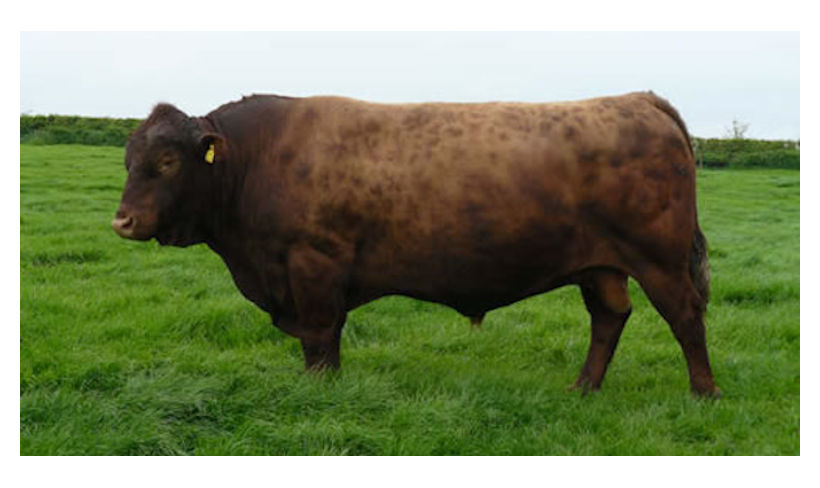