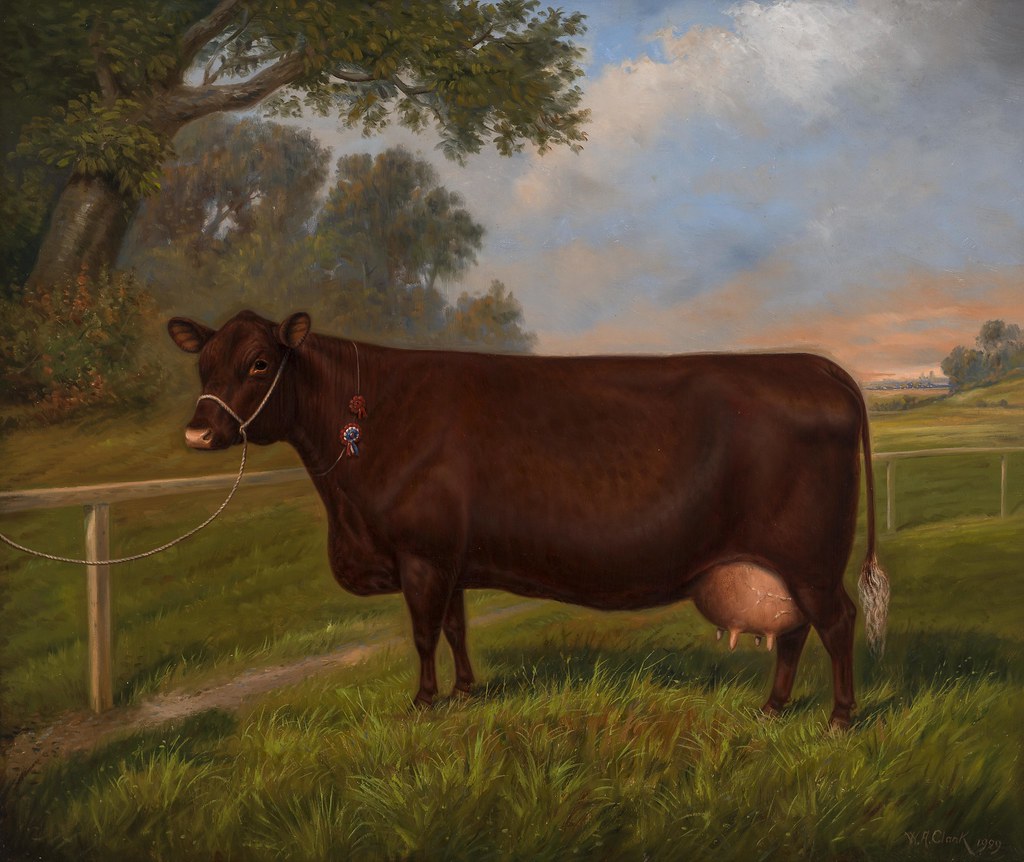 Royal Mavis was bred by King George V in 1921 and purchased as a two year old heifer by Sir Herbert Hambling of Yoxford, Suffolk, for 460 guineas.

This cow has the unique distinction of having been first at The Royal Show on three occasions. Once as a two year old in 1923, again in 1924, and again in 1929.

She was one of the twenty foundation cows for the Yoxford Herd which were purchased “regardless of expense’’ from the leading Red Poll Breeders in the country. Sir Herbert had after careful enquiry and consideration decided the Red Poll was “by far’’ the best breed.